I have two Thanksgiving cactus plants that were passed down to me from my mother and grandmother. They are a plant that is common in households and produces beautiful blooms in the fall. Often people have gotten them passed down from family members due to their longevity. They are relatively easy to care for, but there are some things you need to know how to do if you want them to thrive. This guide will teach how to care for a Thanksgiving cactus by discussing how much water they need, what temperature and humidity they should be kept at, how much light they require, and more.

Other Names for Thanksgiving Cactus:

Its scientific name is Schlumbergera truncata.

Despite the common names it goes by, a Thanksgiving Cactus is not really a cactus. These plants are originally from the non-tropical forests of Brazil, where they grow on the outside of trees and on rocks using the decaying matter for nutrients.

They are used to having more moisture in the air and in the soil than succulents or cacti. So you do not want to care for them in the same way as you would a cactus.

The Difference Between a Thanksgiving Cactus and a Christmas Cactus

If you have a similar acquisition as mine of a Thanksgiving cactus you might have been told it was a Christmas Cactus. And if that is the case you probably wondered why it was called a Christmas cactus when it always blooms at least a month before Christmas.

In fact, I see many of the big box home improvement stores selling Thanksgiving cactus plants under the name of a Christmas cactus.

They are actually not the same plant. The leaves differ between the two.

Christmas cactus plants have smoother edges on the leaves versus the thorny appearance of a Thanksgiving cactus.

How To Water a Thanksgiving Cactus

Remember that a Thanksgiving cactus is not really a cactus, and it will require more water than succulents or a cactus will need. That being said, they can still survive some periods where water is scarce.

One of the Thanksgiving cactus plants that was handed down to me got some abuse in the way of lack of water when I first was given the plant. I thought that it was a cactus, so I didn’t water it much. It became shriveled looking, had some of its leaves dry up and die, but after I found the actual watering info and took care of it properly it sprang back to life.

When the plant is not blooming you want to water it once its soil is dry to the touch. Don’t let it go too long with dry soil though.

When it is in its blooming season you will want to water your Thanksgiving cactus more often. During this time you will want to keep the soil evenly moist. But be sure not to leave the plant sitting in soggy soil or it will lead to root rot.

Overwatering these plants can easily lead to root rot which can kill the plant.

During the winter months when the plant blooms it can tolerate direct sunlight through a window. But it needs longer dark nights during this time.

Be sure if you are wanting your Thanksgiving cactus to bloom do not leave it with a grow light on it after the sun has gone down.

In the spring and summer months, it is best to put your Thanksgiving cactus in an area where it gets bright indirect light. But it can have longer periods of light during this season.

What Kind of Soil to Use for a Thanksgiving Cactus

It is best to use cactus and succulent soil as it is a good fast-draining medium that works great for these plants.

If you want to make your own soil you can use peat moss, perlite and sand mixed together to make a fast-draining medium for the plant to grow in.

How To Repot a Thanksgiving Cactus

A Thanksgiving cactus only needs to be repotted every two to three years. They prefer to be root bound.

Do not repot a Thanksgiving cactus that is blooming. The best season to repot one is in the summertime.

When repotting pick a new pot that is only a few inches bigger than its previous pot.

There are a few ways you can propagate a Thanksgiving Cactus.

The easiest way is to use a cutting and put it in water. You take a cutting that has 4 or 5 sections and let it sit for 3 or 4 days to callus over on the end. After that, you just stick the end in some water. Place the cutting in indirect bright light. I usually have roots starting within a week of this process. Once there is a good amount of roots on the cutting you can plant it in a pot with soil.

Another way that people propagate Thanksgiving cactus is to take the cutting just like you do with the water. But instead of putting it in water, they plant it in moist dirt. If using this method you will want to use something, such as a Ziploc bag over the top of the cutting to keep moisture in. But remove the covering once a day for an hour or two to allow air to circulate around the plant. Place the cutting in indirect bright light and not direct sunlight.

You can also put your cuttings back into the pot with the parent plant. This is usually done when the parent plant is looking thin and has plenty of free space available for the cutting to house itself in the pot too.

Like the Christmas Cactus, Thanksgiving cactus plants are not toxic to pets.

However, letting your furry friend munch on the leaves can cause damage to the plant. And it can also cause some digestion upset due to the fibrous material of the plant if they eat it.

You can help keep your pets not chewing on the leaves is to use a spray like Bitter Apple. This will make the leaves taste bad and discourage munching.

These plants should be fertilized when they are in their blooming season and in the springtime.

During the spring, fertilize the plant once a month. Then stop during the summer.

Once you see flower buds appearing on the plant you can give the plant some succulent plant food and repeat the application every two weeks during its blooming season.

Epsom Salts should be used in addition to the succulent plant food during its blooming season. Apply 1 tsp per gallon of water once a month in the fall on a week when you don’t give it succulent food.

Temperature for a Thanksgiving Cactus

During its blooming season, they prefer cooler rooms, around 55 to 60 degrees Fahrenheit. So it is best to keep it in a cooler area of the house during the fall and winter.

Anything below 50 degrees Fahrenheit and the plant will start to drop its buds.

During the warmer months, warmer temperatures are fine.

Humidity Requirements for a Thanksgiving Cactus

They are used to high humidity in their natural environment in Brazil. But they can tolerate drier areas too.

If you have one you might notice roots showing between where the leaves join together.

This allows the plant to capture moisture from the humidity in the air.

If you have it in a room that has higher humidity you won’t need to water it as often as one located in a drier area.

Common Problems With a Thanksgiving Cactus

If you notice leaves turning red on your Thanksgiving cactus, this can be another sign of too much sunlight for the plant.

If you notice the leaves of your plant getting a wrinkled appearance and they are feeling soft that means that the plant needs water.

If this is happening often, increase the watering frequency.

This can be due to a sudden change/drop in temperature.

Changes in light can also cause this, along with being allowed to dry out too much, or being in a draft. Make sure during the blooming season that the cactus’ has consistent environmental factors.

If you notice fluffy-looking white bugs that gather at the leaf joints of your plant, then you probably have a mealybug problem.

You can try to do a spot treatment with a Qtip and rubbing alcohol. But if they get too bad it is usually easier to just use an insecticidal soap.

Pin This for Later:

Can a Thanksgiving cactus live outside?

If you live in an area that doesn’t get frost and stays milder during the cold months you can let your Thanksgiving cactus grow outdoors. This is usually in Zones 10 and higher. If you are in Zones 9 and lower then you can let your Thanksgiving cactus be outside during the summer months but bring it in during the colder season. Make sure if letting your cactus grow outdoors that you keep it out of direct sunlight.

Should you prune a Thanksgiving cactus?

Pruning your plant in the spring will encourage fuller growth. It will branch off where it is pruned giving it a bushier appearance. You can use the cuttings that you get when pruning your plant to propagate more plants. 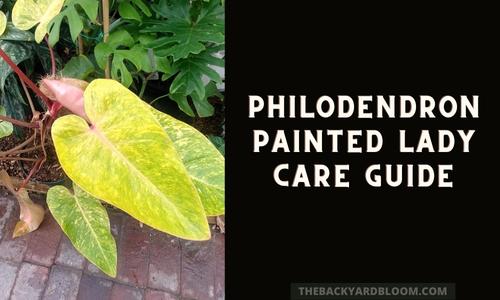 The Backyard Bloom is a participant in the Amazon Services LLC Associates Program, an affiliate advertising program designed to provide a means to earn fees by linking to Amazon.com and affiliated sites.
Scroll to Top
We use cookies to ensure that we give you the best experience on our website. If you continue to use this site we will assume that you are happy with it.Ok